Posted by admin on * in Electrical, Saftey | Comments Off on Knob and Tube Wiring 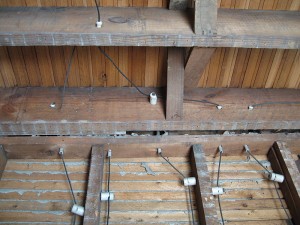 The majority of homes in Downtown Windsor were built prior to 1940.  As a result most still have knob and tube wiring. Knob and Tube  was an original form of wiring and was used from 1880 to the 1930s.

As existing Knob and Tube (K& T) wiring gets older, insurance companies may deny coverage due to a perception of increased risk.  Several companies will not write new homeowners policies at all unless all K&T wiring is replaced, or an electrician certifies that the wiring is in good condition. Also, many institutional lenders are unwilling to finance a home with limited ampacity (current carrying capacity) service (which, as noted above, often goes hand-in-hand with K&T wiring), unless the electrical service is upgraded.

It is usually easily seen in unfinished basements by the Cermamic knobs and tubes used.  Knob and tube wiring was eventually displaced from interior wiring systems because of the high cost of installation compared with use of power cables, which combined both power conductors of a circuit in one run (and which later included grounding conductors). 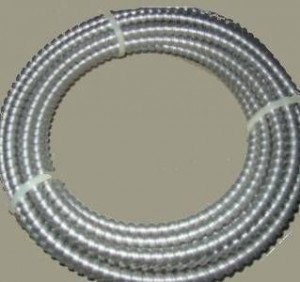 I have seen some home owners run steel armoured BX conduit outside of walls to replace knob and tube. While this may provide a ground, it is  unattractive.

Two prong outlets are rather inconvenient as grounded plugs to not fit into them. In additon two prong plugs can create a safety hazard. The third prong on a plug is designed to give a fault path in the event the hot wire, or device that is connected to should short out.
The absence of a ground path can lead to a electrical shock. For example a metal light fixture could become energized on its exterior, and the lack of grounding will not allow the breaker to trip.

The problem is that you cant  necessarily just replace them with a three prong plug.  If the wiring system is not bonded to ground, then that would be an illegal fix. A three prong plug tester will show “open ground”.  In fact it is a good thing you can do yourself. 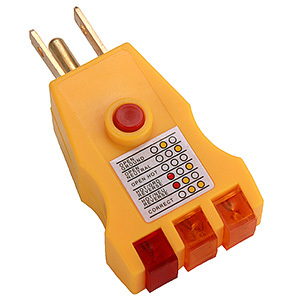 Go around and check every plug in your house with a tester.  They are readily available, and only a few dollars.
In some cases the wiring is grounded and they just didn’t put three prong plugs, because they were cheaper.  In many cases there is no wire, or other grounding path.

It is likely that your old two prong plug is so loose that cords fall right out of it, or it is brittle and cracking.  Either way it should be replaced.  At this point you have two choices that are legal.  Replace it with a new two prong receptacle is one. The other is replace it with  a three prong plug, but only after verifying that you have a ground path.

What if you do not have a ground, but you want a 3 prong plug anyway?

The answer GFI is to protect the circuit.  This can be done with a breaker, or a receptacle. It is possible  for a single GFI  outlet to protect the entire circuit that feeds off of it.
The reason that this is legal is because the GFI receptacle can detect minute levels of leakage current, and open the circuit. In fact it does it a lot faster than the breaker would. This is why they are required near sources of water, or outside.
There used to be a time  where someone would grab a drill while standing in a puddle and get killed.  With a GFI, they wouldn’t even feel a tingle. It would instantly shut off power.

Using an electrician is always recommended to ensure everything is completed to building code.

This is a very big deal if you want to sell your house.

Your message was successfully sent.
Thank You!